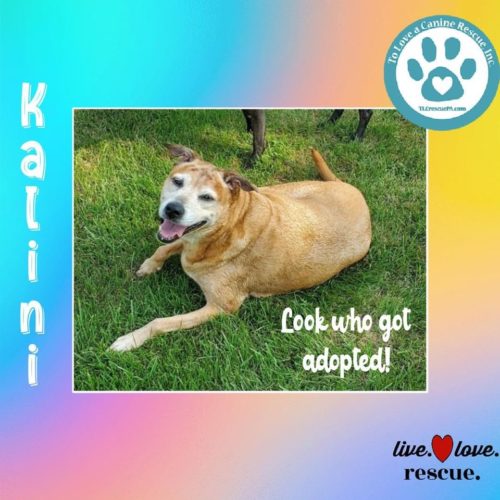 In her time at our home Kalini’s personality blossomed. She has become more active. She carries around a tennis ball most of the time and tries to get us to throw it for her to chase. Although after a couple of throws, she is ready for a quick rest. She is excited to go for her short walks. We are still at 2 loops around the block, but she gets less winded every day.

She and Zoey are fast becoming buddies. They sleep on the couches together. They hang out in the yard together. Zoey has taught Kalini that ice cubes and carrots are good treats. When Kalini first came to us she wouldn’t eat either.

Kalini found her smile in her second week. She smiles in her sleep. She smiles when she is outside hanging in the yard or at the pool. Any time we come home from work or walk into the room she is in, Kalini’s smile gets bigger and her tail wags more.

Kalini even attempted to go down the half flight of steps to the basement one day. I stopped her at the landing before she attempted the second half of the staircase. She had a difficult time getting down and getting back up. The arthritis in her hips makes it tough for her to do stairs. I keep a gate in front of the steps going upstairs and now make sure we close the door to the basement so she won’t follow. Kalini loves car rides. However, she needs help getting in and out of the car, also because of her arthritis.

After 3 weeks of being at our home Kalini had her first adoption appointment. I prepared to bring her to meet her potential adopters, a young couple who live in Philadelphia. They had adopted a senior previously so they had experience with the age and the limitations that come with it. I gathered up some tennis balls to go with Kalini and made a bag of food for her next few meals. I put Kalini in the car for the ride to the To Love a Canine Rescue adoption center.

As soon as we headed out for our ride, Kalini’s demeanor changed. She was not smiling, she looked like she did the day I picked her up for her foster time. She sat in the back seat with her head resting at the window for air, but she didn’t seem to enjoy it, as she had on other car rides. When we arrived, I helped her out of the car, but she lost her footing and fell right on her face! At 68 pounds she is a bit big to carry out of the car.

We approached her potential adopters who noticed her waddle right away and asked about her hips. I explained her limitations. Kalini went right up to them, but her smile was not coming back. As we talked, the potential adopters informed me that they live in a third story walk-up apartment. They had not mentioned this previously throughout the application process. We all agreed this living situation would be too hard for Kalini and they would not be able to carry her up those three flights of stairs.

So back in the car to return to our home. The ride home was much different. Kalini laid down in the back seat with a big smile as she rested. She was exhausted from her adventure and slept the rest of the afternoon and evening. 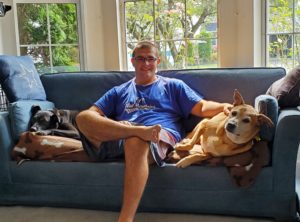 Before Jason left for college

The next night Craig and I had a discussion and decided that Kalini found her forever home with us. We called Jason at college and told him what we decided, and he was thrilled. I notified the TLC Rescue Adoption Director that we wanted to move forward with making Kalini a part of our household. On Friday, September 4, 2020 Kalini officially became part of the Wagner household. We hope to give Kalini a few more good, happy, and active years.

Check out my Foster Diary here! 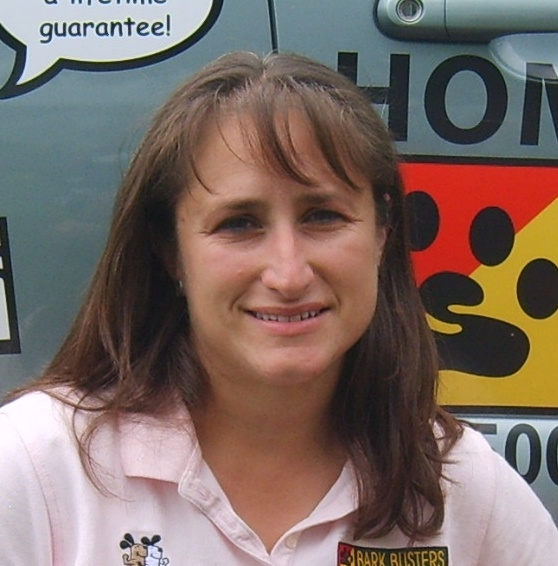